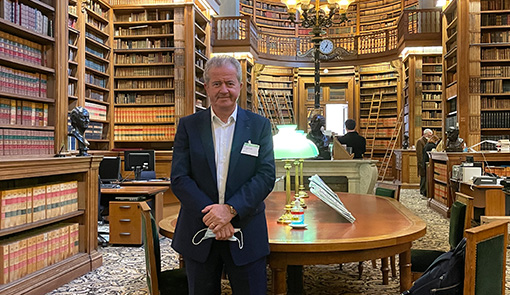 Through its heritage division, the MOBILITAS Group is stepping up its work in preserving and promoting cultural, artistic, and historical heritage. During a visit to the French National Assembly in February 2022, Alain Taïeb, Chairman of the MOBILITAS Supervisory Board, confirmed the group’s support for the developments in the Eure-et-Loir department.

In a first for the MOBILITAS Group, Mr Taieb visited the National Assembly on the invitation of Luc Lamirault, Member of Parliament for Eure-et-Loir. Accompanying Mr Taïeb were Laurent Onainty and Philippe Rocuet, the respective heads of the MOBILITAS Heritage and Records Management divisions.

After a walk through the magnificent gardens, the tour began indoors with the famous Hall of Four Columns, the room where MPs meet the press and the recent post-debate interviews still echoed. Next was a visit to the hemicycle, the meeting place of the Palais Bourbon. At the foot of the rostrum, the party recalled prominent chapters in French history, including the iconic speeches of great orators like Danton, Robespierre, Hugo, Jaurès, Malraux, De Gaulle and Simone Veil.

Their route then took them to the National Assembly Library, which contains more than 700,000 books, principally about law, meticulously arranged on ornately carved wooden bookshelves topped by wrought iron walkways. This majestic locale is also home to hidden treasures of French heritage, such as the medieval poem “Roman de la Rose”, and an autographed manuscript of the epistolary novel “la Nouvelle Héloïse” by Jean-Jacques Rousseau.

MP Luc Lamirault concluded the visit in the magnificent Salle des Fêtes, the ballroom inspired by the Galerie de Glaces ballroom at the Château de Versailles. As a souvenir, Alain Taieb, Laurent Onainty and Philippe Rocuet posed for a photo in front of the Sphere of Human Rights in the National Assembly’s Courtyard of Honour. 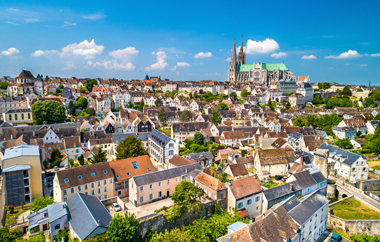 A deep affinity for the Eure-et-Loir department

This unforgettable visit to the heart of French history was an opportunity for the three MOBILITAS men to present the heritage division and its service offering to MP Luc Lamirault.

MOBILITAS has a particular attachment to Eure-et-Loir. The department is home to many French architectural masterpieces, including Chartres Cathedral, the International Stained Glass Centre, the Château de Châteaudun and the Chapelle Royale Saint-Louis. It is therefore not surprising that two of the three French leaders in records management, including MOBILITAS, are located in this region. The group, via its partners and subsidiaries, has already made significant contributions to French heritage in the region. One example is the AGP application that offers visitors an augmented reality tour of the town of Nogent-le-Rotrou and the Château des Comtes du Perche museum. 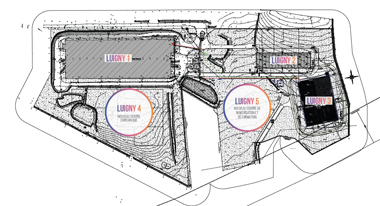 Luigny, a testament to MOBILITAS’ involvement

The MOBILITAS site in Luigny is a symbol of the group’s active presence in the department. The existing facilities will soon be augmented by an archive preservation centre (Luigny 4) and a new digitisation and training centre (Luigny 5). These new construction projects, which were announced in 2021, are expected to create around 50 jobs in the region by 2030. Through the expansion, the group aims to meet the growing needs of its customers in terms of data and records management, storage, and digitisation.

The project will also have a positive impact on the region. The new jobs will provide new career opportunities for local residents and for the families who will be encouraged to settle permanently in Eure-et-Loir and its neighbouring departments.

A training centre for archivists

Discussions with MP Luc Lamirault also focused on the creation of an archivist training centre to respond to the shortage of archivists in the private sector, both in France and internationally. The training courses would be Bac or Bac+2 level. 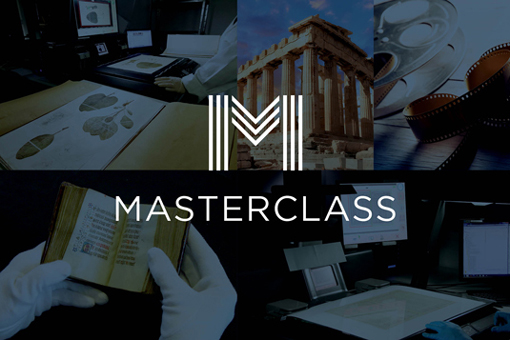 Preserving, sharing, and showcasing heritage is the number one mission of the MOBILITAS heritage division. At a masterclass organised at the end of November by We are French Touch, Alain Taïeb; Laurent Onainty, head of Arkhênum; and Gaël Hamon, head of AGP; reminded us of this mission by spotlighting the often unknown and hitherto unappreciated treasures of French heritage.

In France and abroad, from Tahiti to the Ivory Coast, from Berlin to Geneva, the group’s heritage division is multiplying its achievements in service of organisations and institutions that want to preserve and share their heritage.

Give your past pride of place with MOBILITAS expertise. Email Laurent Onainty, head of the MOBILITAS Heritage Division, at l.onainty@arkhenum.fr.