History of words: the three-stages theory

The three-stages theory, which originated in the United States in 1948, shaped Records Management in the second half of the twentieth century.
With the development of electronic records management, the questions it raises remain relevant today. 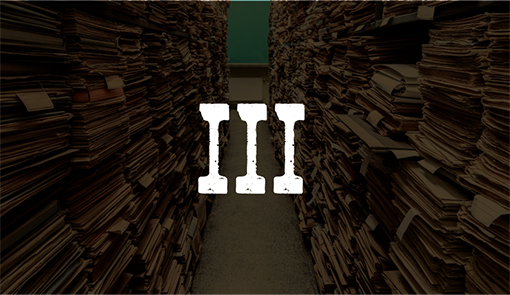 The three-stages theory is a fundamental principle of modern archival science. Archivists sort, file and process records to ensure their preservation and safe keeping. To do this, they classify each record into one of three stages, depending on its lifespan.

The three stages of records management

Electronic files or physical documents that are newly created and used immediately, every day, are classified as current records.

Documents and electronic files that are no longer consulted regularly, but which must be retained for legal, tax or other purposes, are known as intermediate records. They still have an administrative value so must be preserved. The length of the preservation period is determined by their function.

Final records are those that must be preserved indefinitely. These are documents that must be retained in perpetuity, for all future uses, foreseeable and unforeseeable, for all purposes, direct (legal) and indirect (historic or scientific).

This theory supports the control and management of the records life cycle according to the intrinsic value of each record and its use. 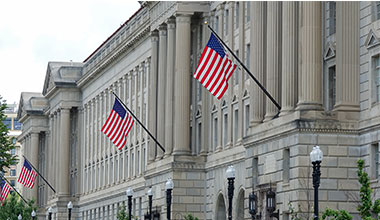 The separation into three stages was first formulated in 1948 in a report by a working group of the Second Hoover Commission. The commission investigated the organisation and function of the US federal administration to recommend changes to promote economy, efficiency and improved service.

The definition of a life cycle to manage the large volume of documents created by modern bureaucracies formed part of the group’s review process.

The objective was to reduce the mass of obsolete records by methodical elimination. The working group noted that using management tables was a good way to schedule the disposal of documents at the most appropriate times, considering their decreasing direct (primary) or residual (secondary) value.

A strong impact in France and Europe

The concept was introduced in France in 1961, when Yves Pérotin, an archivist and historian, published an article in Seine et Paris magazine. He proposed the terms “current records”, “intermediate records” and “final records”. He also suggested that, to better guide their assessments, archivists should first look at the context in which records were produced before depositing them into archives.

The article caused a stir. And, for a long time after its translation into English for The American Archivist magazine, it was the only article to establish the link between records and the administrative documents that are created daily. The theory spread throughout Europe. The Frenchman was also the only one to propose a method to schedule successive appraisals of records at the various stages of their preservation.

The theory was contested at the time. For detractors, it suggested that the value of a document increased automatically over time as opposed to having its value assessed at the moment of its creation.

A legal recognition…but not a digital one

Nevertheless, the model is legally recognised in France by the law of 3 January 1979, which recognises the legal definition of public and private records, their conservation and use. It built the foundations that defined the selection, and therefore the sorting and elimination, of public documents.

The decree of 3 December 1979 adds a provision, specifying that documents should not be sorted before they have lost their administrative value, but does not define the lifespan of current records or the actual moment of sorting. Beyond the borders of France, several European countries, notably Germany, pay particular attention to this theory.

With the development of digital records, the three-stages theory has once again been debated, with some questioning its usefulness. In a 2004 symposium at the Sorbonne, Marcel Caya, a former archivist and professor of archival science in Canada, raised a question that is still relevant today: what is the relevance of the three-stages theory in the electronic world? A question that is still being debated…

Want to optimise your document management? Contact one of our expert archivists.