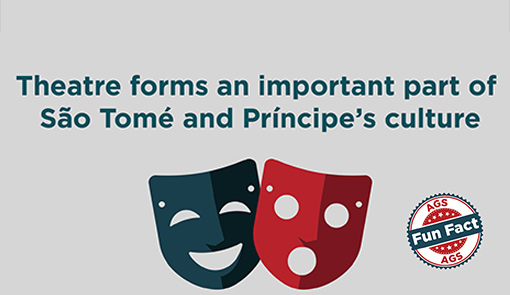 The theatrical tradition pays homage to a small part of French history. Located off the coast of West Africa, the island nation of less than 200,000 inhabitants and 1,000km2 has for centuries been the shrine to France’s oldest medieval epic, La Chanson de Roland, which it revisits every year through traditional theatre, known as Tchiloli.

Unique in Africa, Tchiloli combines theatre, dance, and music. “The tradition is extremely popular with Santomeans,” says Nathalie Jeanneau, AGS Network Director for Africa. “For expatriates it is the ideal way to discover an aspect of the island’s culture that has been kept alive for centuries.”

AGS Movers São Tomé, which – given the size of the island – is the smallest branch in the AGS Group, completed 31 local moves, 5 imports and 4 exports in 2021. It also provides logistics services to local clients.

While it honours French history, Tchiloli has its origins in Portugal. Baltasar Dias, a 16th century playwright born in Madeira, wrote a play titled The Tragedy of the Marquis of Mantua and the Emperor Charlemagne, which he based on six Spanish novels, themselves derived from the eleventh-century Carolingian cycle, a body of literature associated with the history of France, which includes La Chanson de Roland.

The play was subsequently brought to São Tomé to entertain Portuguese colonists on their way to India. Slaves consigned to the deserted archipelago to work sugar cane gradually adapted the epic tale, adding their own nuances.

Tchiloli tells the story of Emperor Charlemagne’s son, Charlot, who murders the Duke of Mantua’s nephew during a hunting trip because he is in love with his wife. The Mantuans demand justice, and the emperor is forced to choose between the interests of the state and fatherly love. Charlemagne ultimately sentences his son to death.

Up to six hours of entertainment

Each Tchiloli performance is an interactive experience, lasting up to six hours. Performed in a courtyard or public square, the stage is visible from all sides and the audience is expected to comment and laugh.

A tower on wooden stilts, covered with palm branches, represents the imperial palace, while a hut made of green branches signifies the mourning family of the Mantuans. 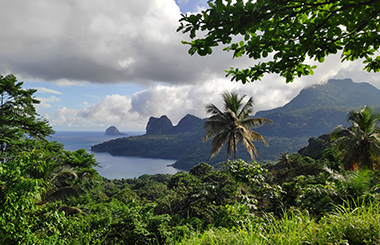 Volunteer actors, mostly men, perform the near-original script in seven-syllabled verses. Certain acts, about the criminal investigation and prosecution, are in modern Portuguese to make the tale easier for the audience to understand.

Tchiloli actors retain their roles for life, passing them down from generation to generation. They perform in black frock coats decorated with multicoloured ribbons and sequins, bicorns, masks and white gloves. Between scenes, they dance to music played by an orchestra composed of flutes and percussion instruments.

The island of Principe also has its own traditional theatre, called Auto de Floripes, performed every August. Also featuring Emperor Charlemagne, the play brings the medieval battles between the Christians and the Moors back to life.

Are you planning a relocation to Sao Tome? Contact us for a free quote.