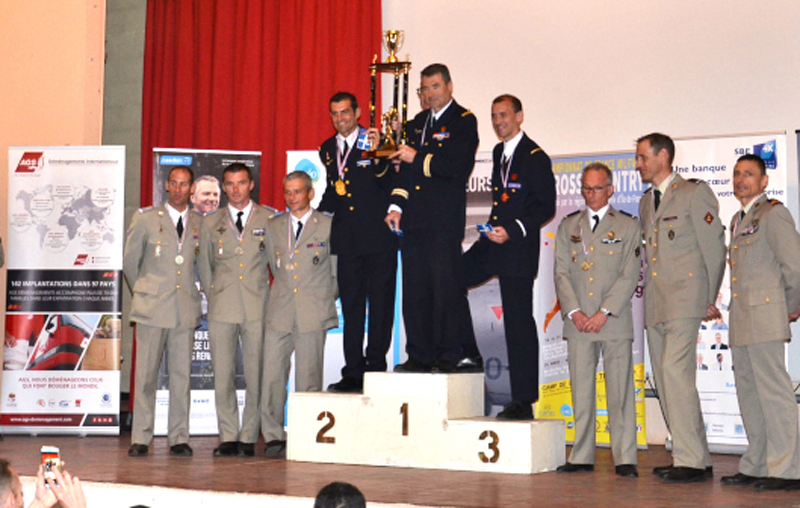 AGS Paris supports associations that help families of children with rare diseases as part of its partnership with the French military Cross-country Championship.

As a partner of the French military, AGS Paris recently participated in the Cross-country Championship which took place at the Beynes Camp in Yvelines.

The event gathered the 250 best athletes from the different military corps: Army, Air Force, Navy and the Police.

Organised by the Île-de-France gendarmerie, in association with the National Centre for Defense Sports, the championship is sponsored by the Chief Sergeant Aby, triple world champion of artistic parachuting.

The sporting event includes both individual and team races for men and women over 8.1 kilometres. The competition was an opportunity to shine the spotlight on Régis Descamps, a police officer in Bouliac, Gironde, who ran 600 kilometres over six days, in support of associations of families of children with rare diseases. For the past couple of years, the officer has been actively involved with these associations to give them visibility and to raise funds towards this cause. Thanks to the partnership with the French military Cross-country Championship, Régis has raised €3,000 from the event partners this year. Ten per-cent of the amount paid by AGS as part of its partnership with the competition, was donated to associations that Régis Descamps supports.

AGS Paris, under the leadership of Sales Manager, Christophe Gauthier, had set up a stand with advertising material for the two days of the competition. Many soldiers stopped at the stand to enquire about AGS’s services and to meet sales representatives from various French branches.

The operation had excellent spin-offs and AGS salespeople established strong contacts with the sports departments of several military sites, providing a gateway to future partnerships.

The closing ceremony was held at the amphitheatre of the camp, in the presence of the organisers and partners of the event.