Guillaume Dehem was one of the first graduates to work for AGS in Africa as part of the VIE program, short for “Volontariat International en Entreprise” a French international internship programme. Since then, the AGS Ivory Coast manager has taken on many challenges on the continent. 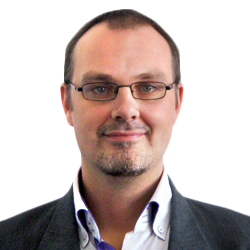 What motivated you to join the VIE programme?

It was pure luck! In 1998, I was a student at HEC business school in Paris and I had the opportunity to take a gap year in Burkina Faso to lecture in a training centre. At the end of this trip, I returned to France, completed my degree, and decided to return to Burkina Faso to find a position for my end-of-studies internship. When I got there, I asked the French embassy for a list of French companies and sent my application to the company at the top of the alphabetised list: AGS Moving Company. Coincidentally, the group was urgently looking for someone to manage sales at the branch. I passed the interview and started two days later, in August 2000.

Was this a VIE contract?

No, initially I was doing an internship to complete my degree, then I had to do my compulsory military service, which I elected to do as national service in a French company, so I continued at AGS. When compulsory service was abolished in 2001, the VIE scheme was introduced. I was one of the very first VIEs in France and in the group. I was part of the first wave.

How did the VIE go?

It was a continuation of what I had done during my internship. I was a VIE for 24 months, which allowed me to spend a total of 3.5 years in Burkina and complete my training as an assistant manager on site. I had a brilliant branch manager who let me handle files on my own and gave me many opportunities. I acquired all the necessary tools to run the business and soon moved on to become the AGS Benin branch manager in 2003. It was an incredible one-year adventure.

And you moved up the corporate ladder. 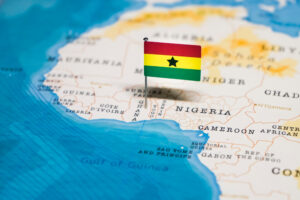 Yes, afterwards I got the opportunity to manage a larger branch, in Ghana, where I stayed for six years, from 2004 to 2010. I trained three other VIE employees during this period. In 2010, the Mobilitas Group gave me the opportunity to move to Cape Town, South Africa to manage operations in Africa, and later, to manage Africa and the Middle East. In 2014, I was detached to Ivory Coast on a unique group project.

Can you tell us more about this project?

The 2003 political crisis in Ivory Coast had pushed the African Development Bank to leave its historical headquarters in Abidjan and move to Tunis. In 2013, the bank decided to return to the Ivorian capital along with some 2 000 staff members. It was the first time AGS had dealt with such a large-scale move on the continent, and they wanted someone on the ground who could take on the challenge. I arrived in Ivory Coast in 2014 and I am still here; the workload still requires my presence. In a few months, we will be moving to our new facilities, an incredible logistics and document management platform built by the group.

Apart from being a real professional springboard, what can the AGS VIE experience offer young recruits? 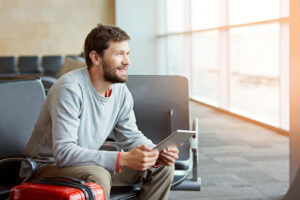 It’s a solid professional experience in a group that has been in operating for over 40 years. You learn to evolve in a new environment, you experience real challenges daily, and you quickly take on substantial responsibilities. Many AGS managers are former VIEs who benefited from the professional springboard that the programme offers. The proof is in the pudding: 20 years later, I’m still here, even though I knew nothing about the group’s business. It’s a real opportunity.

As part of the MOBILITAS Group, giving young people a chance is in the AGS DNA. The MOBILITAS Group supports the Volontariat International en Entreprise (VIE) In partnership with Business France. In total, nearly 350 people have already benefited from this scheme. To find out more about the VIE, visit the Business France website.