The linear metre is an essential unit of measurement in the world of records and information management.
With good reason: linear metres refer to the quantity of documents stored on a shelf. 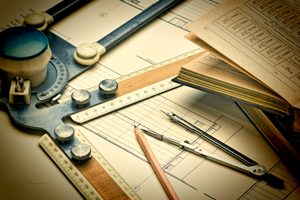 It is difficult to pinpoint the exact moment the two words fell in place together, but as early as 1780, they appear in Old French in the work published by the French mathematician Alexis-Jean-Pierre Paucton, Métrologie ou Traité des mesures, poids et monnaies (Treatise of Measures, Weights and Coinage).

The subsequent work carried out in 1791 by renowned French scientists Borda, Condorcet, Lagrange and Laplace, among others, reinforced this definition. Once adopted by the Academy of Sciences, their report on the classification of linear and surface area measurements officially defined the metre as one ten millionth of one quarter of the earth’s meridian.

Some linguists note that the expression linear metre is redundant since metre already defines a length of line. Others point out that, in French, the term is abbreviated as ml and could be confused with millilitres.

Regardless, when it comes to measurement, it is best to have clear definitions so that you can accurately explain what you want to say. A line is not the same thing as a litre which, as everyone knows, is a 1 000ml!

Do you have linear metres of documents taking up room in your office? Contact our records management specialists for a customised solution that gives you your space back.